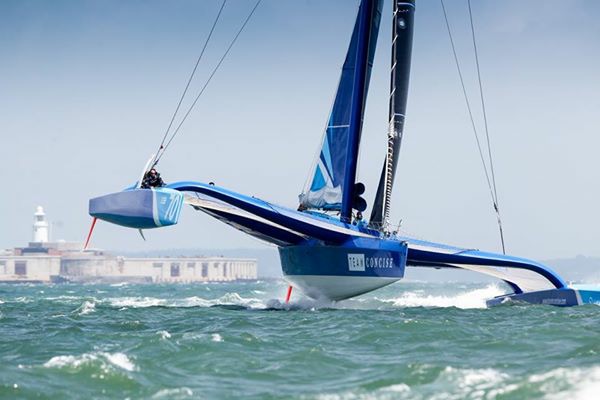 Taking line honours in last Friday’s Royal Ocean Racing Club’s Cowes / St Malo Race, represented a milestone for Concise 10 (our MOD 70) both literally and figuratively.  It marked exactly one year since the French sailors stepped off Concise 10 into their chase boat having just handed over the trimaran to Captain Ned Collier Wakefield and his crew.

Concise 10 – Blasting out of the Solent

Concise 10, Ned and his “boys” have come a long way in these last twelve months.  Making the quantum leap from racing Class 40 monohulls to their new trimaran  (one of the fastest sailing boats in the world), has been both exhilarating and at times terrifying in almost equal amounts.  A huge learning curve!  They have sailed 15,000 miles and taken on some of the most experienced multihull sailors in the world.  We have beaten them at times, had our “hearts broken” on other occasions and currently lead the RORC season’s point championship.

As has been said elsewhere, Team Concise is no vanity project.   Neither are we backed by huge Multi Nationals like our French and Italian sisterships!  Ours is very much a “home grown” campaign aimed primarily at getting as many young men and women sailors into the competitive offshore racing as possible.  Given the choice between expensive new “go faster” 3DI sails, we chose to invest in another boat instead.  More bums on seats, more opportunities for sailors.  That having been said the team has consistently “punched above it’s weight”.

Then of course Team Concise isn’t just about our Mod 70.  Our women’s team successfully campaigns  Concise 2 / Hedkandi.  A second generation Class 40.  They too have a commanding lead in the RORC’s Point Championship. 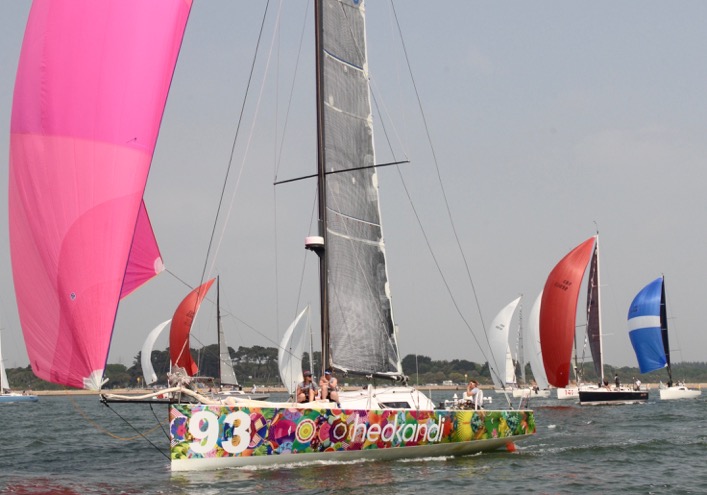 Concise 2 – leading her class in the Myth of Malham race

In addition our Diam 24 (a mini Mod 70) is out there on a regular basis as a training boat for the youngest team members. Our Thursday afternoon practice races are developing a cult following.  Out on the water for the afternoon.  Back at base by early evening.  Each day’s training is rounded off by a lecture followed by a barbecue.  We have been lucky enough to have experts give us talks on everything from navigation to repairing sails at sea before we roll into one of our “Rum, Wing and Ting Barbecues”.  Yes, we are still working our way through the cases of Mount Gay Rum Ned won in the Round Barbados Race. 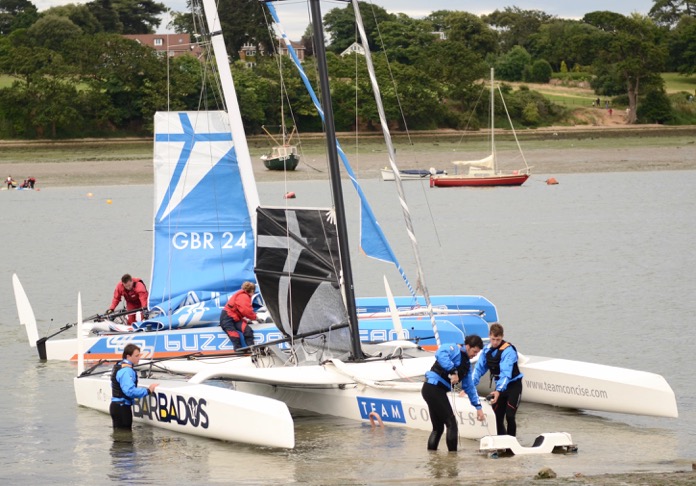 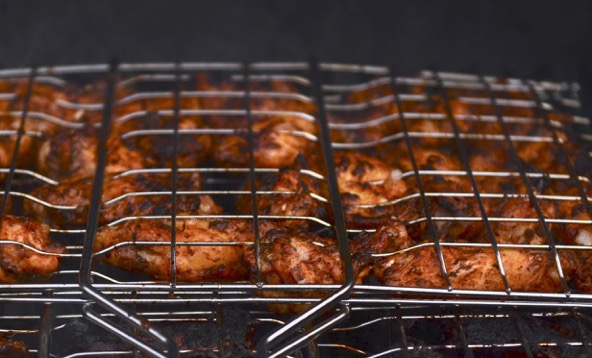 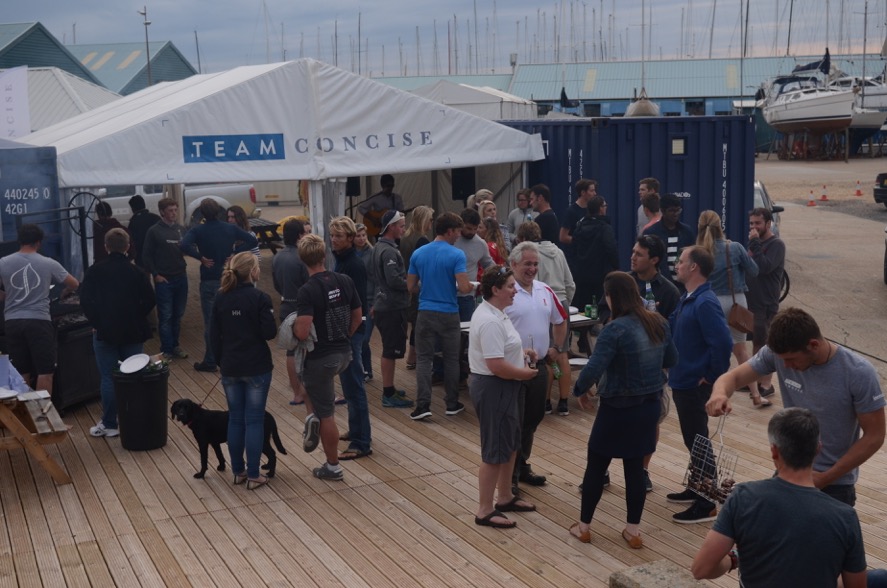 Team base for ‘rum, wing and ting’

Plans are already underway for a return to the West Indies and beyond.  While next year we will be holding trials to increase our band of women sailors.

P.S.  The only negative in all of this is Concise 8.  Our Ker designed Class 40.  It broke yet again in the Round Ireland Race.  That’s 4 major races, 4 major failures, 4 times our young crew has been put at risk.  Never again!
TL