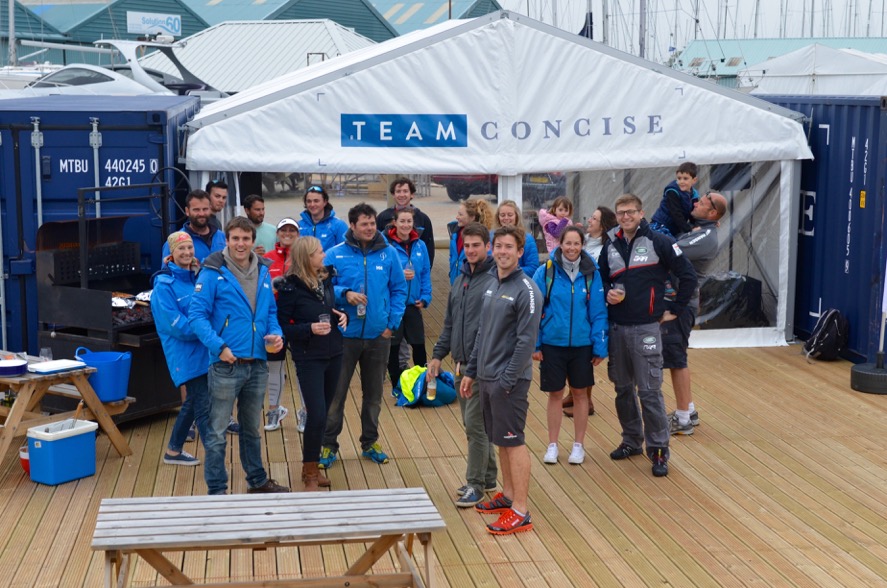 There is nothing like a good party and bit of dancing.  By the way, they call them “fetes” in the West Indies.

Going back to the 60’s I remember rum soaked nights at the Grenada Beach Hotel on Grand Anse Beach.  Well sort of remember!  There were plenty of local girls who were keen to show us young white boys how to “move de hips.” So it wasn’t long before we were ready for the Thursday night dance competitions.  I paired up with the beautiful Lesley Gaylord.  She just happened to be in her final year at the Martha Graham School of Dance.  Lesley was super competitive and we would completely dominate the dance floor.   Well, I would sort of stand there and she would just wrap herself around me.  However it was enough to win the prize money three Wednesday’s in a row.  It all came to an end when Big George my local taxi man and mentor warned me off, ‘if I don’t give the local couples a “piece” you will end up being knee-capped.’  George knew about this sort of thing so we retired undefeated.  Unfortunately he was better at giving advice than taking it.  He was shot in New York.

The 70’s saw me back in England.  We had these amazing parties at Carvers, Phil Rhodes place in Haslemere.  I remember an Al Capone themed evening.  We blocked off the road outside the house with 1930s vintage cars and “muscle.”  There was this chap called Pascoe Watson or something, who rocked up with a real Thompson machine gun.  I have never seen a room clear so quick!  That night got totally out of hand.  We had Zabaglione for pudding.  Tiramisu wasn’t on the menu back then.  The Zabaglione is just perfect “fight food”.   Until the house was modernised a few years ago most of it was still sticking to the ceiling.  A slightly beigey yellowy mess.  If Farrow and Ball had seen it they would have put it on the market alongside Yellow Cake and Dorset Cream?

The 1980s was my decade.  Did I ever work?  I spent a lot of my time in Corfu onboard my boat Bacchanal.  The name is Trinidadian for carnival – fun.  We would anchor up in Nissaki by day, but come sunset we’d motor across the bay and tie up right next to the “discos” in Corfu Town.  Marvellous, dance until dawn and then just stagger across the road to bed.  Mind the gang plank though! 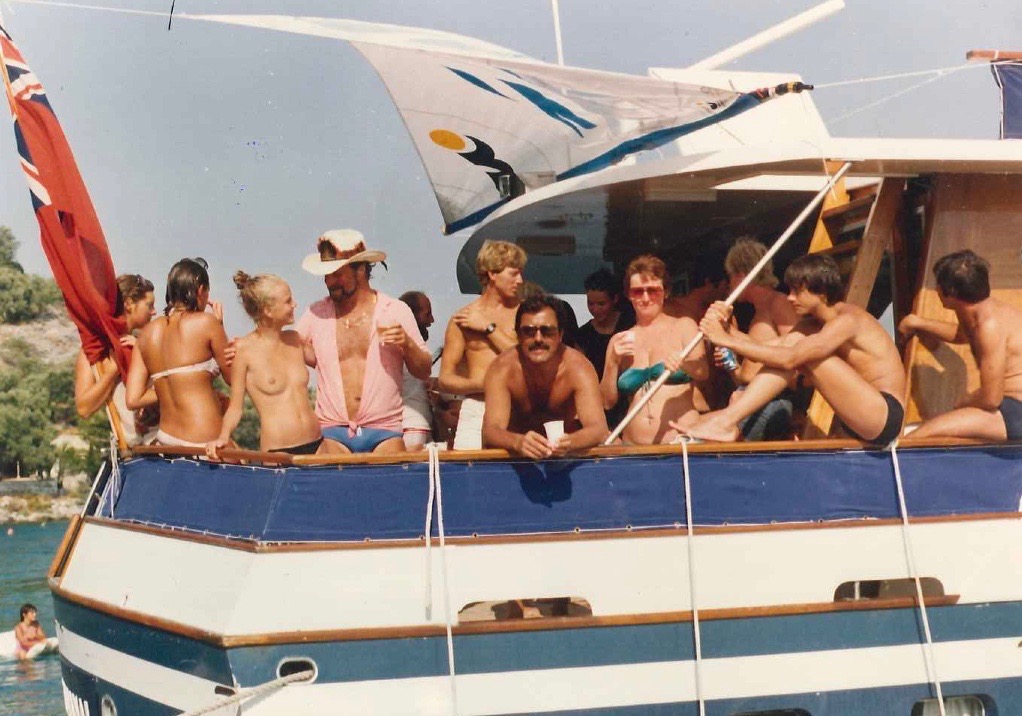 Having played all summer and gathered up a plethora of Greek friends our end of season leaving parties were legendary.

We reversed Bacchanal up to Mitsos Taverna, hired a band, invited everyone in the village and just went for it. The last fete we had was so good we delayed our trip back to France for a week and did it all over again the following Sunday.  That turned out to be a bit costly.  We left in a hurry and almost went down off Sardinia in a force 9 gale.  The whole house was completely ripped away and only the water tight engine room saved us from going down.  HELP!

In the 90’s I started throwing parties here at Longdene House.  I love fireworks. Having spent a lot of time in France I’d seen some of the best displays ever.  So I brought in a bulldozer and flattened one of my fields, threw up a marquee, brought in a local fireworks team and with Chris Evans, the BBC DJ (and more latterly the Top Gear presenter) on the decks and we had some wild nights in the “party field”.

Apart from the fireworks and pig roast, we always had a huge bonfire.   When Ross was about 8, we had him and about 30 of his mates carry flambos up the hill, circle the mountain of firewood we had collected over the previous year, and torch it.  It was always a grand blaze, thrilling for the kids, but there is no chance that you could do that now.  I mean, a load of screaming kids carrying yard long sticks wrapped with paraffin soaked rags, swinging them round their heads, everywhere.  I quake even now when I think about it.  Today you would need written risk assessments, parental consent for each and everyone involved, at least one chaperone per child and probably the fire brigade on standby as well.  Health and Safety has a lot to answer for.

I still party.  Only last Saturday/Sunday I was at the Ministry of Sound till 3am.   I have been there since the start and I’m still helping them with the club’s expansion programme.

This Sunday I am off to Ibiza.  Sunday night it’s Destino and then Space.  Monday it’s opening night of Ocean Beach Club, Ministry of Sound has a residency there.  The party goes on.

With up to 4 of our boats racing at any one time, I thought it would be a good idea to have regular get togethers.  As if we needed an excuse?  It’s also to spread the Team Concise message and get the chance to meet other young would-be racers.  We still have lots of rum from The Round Barbados Race and with chicken wings and chorizo on the barbeque, what’s not to like?  With Team Concise, the weekend starts on Thursday.

You are all welcome.